The Munich International Open Jiu-Jitsu IBJJF Championship took place this Sunday in the Sportarena TSV Unterhaching. International top-contenders came to Bavaria to test their skills. At the end of the day our own Uros Domanovic stole the show.

The Frota Team-Member won 4 gold medals. In every division he competed in, he impressively earned the top spot. With Gi he dominated the heavyweight-division and also the open class tournament. In No-Gi Domanovic won again at heavyweight and open class.

Two gold medals and one silver medal were earned by another of our top students:

Clifford Edwards.
In the blue belt master division Ilya Motorygin won gold and silver.
In the white belt-class Iris Karjalainen was victorious, Martina Schäppi-odermatt and Nicolas Hatt earned the 2nd place, while Stephan Geissbühler won the bronze medal.
A great tournament for our team. We thank our participants and are looking forward to the next challenges.

All results can be found here: http://ibjjf.org/2016/02/2016-munich-open-partial-results-facebook-album/ 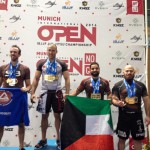 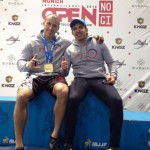 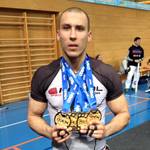 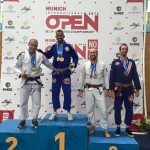