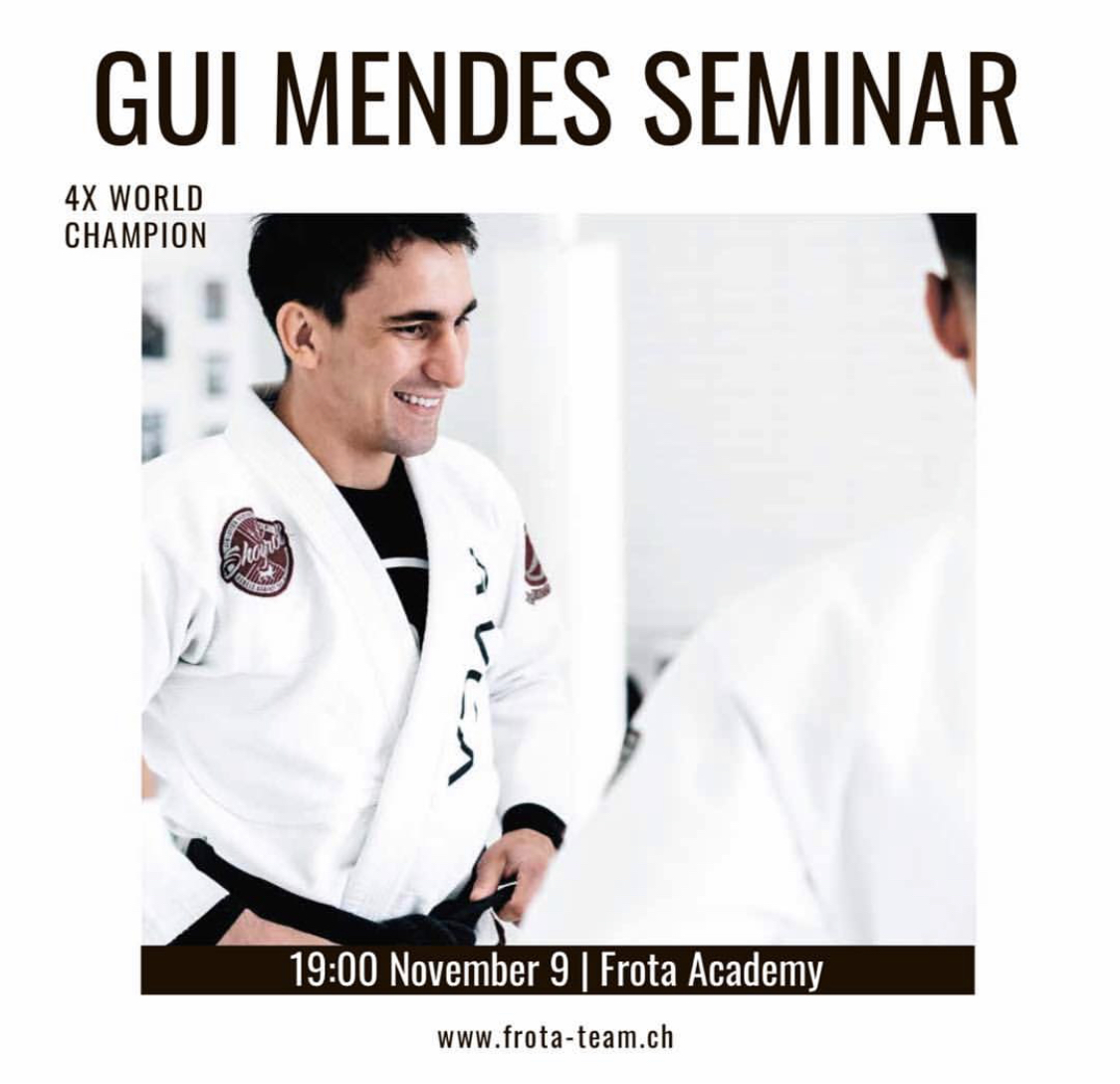 Guilherme Mendes is a Brazilian jiu jitsu black belt under Ramon Lemos as well as one of the main figures in the Atos Jiu Jitsu team, being also one of the best “peso pluma” (64,00 kg / 141.5 lbs) competitors to have ever competed in the sport. As well as being the first Atos team member to achieve a gold medal at the International Brazilian Jiu Jitsu Federation (IBJJF) World Championship (2009), Guilherme Mendes is also the co-founder of the Art of Jiu Jitsu academy and the brother of another jiu jitsu legend in Rafael Mendes.

– Filming and picture during seminar not allow

– No patches from other team/school/association

– Filming and picture during seminar not allow