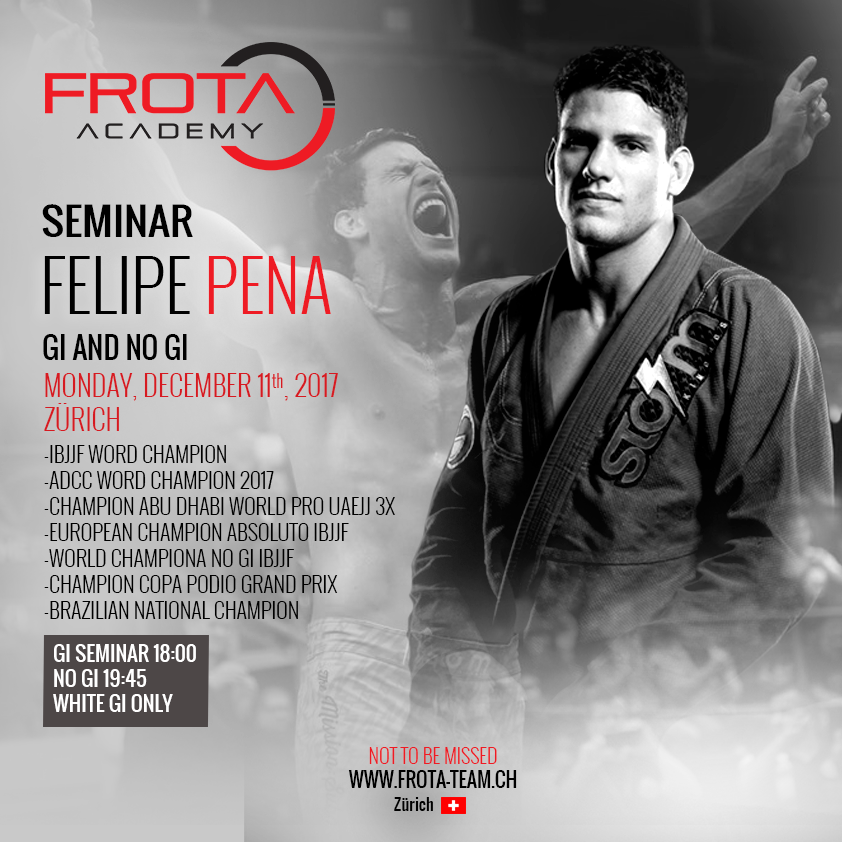 One of the best in the world, Felipe Pena, will be giving a Gi and No Gi seminar on Monday, the 11th of December 2017. Pena is going to visit us here at Frota Academy to share his incredible skills. Felipe Pena, also known as Felipe “Preguiça” is a Brazilian Jiu Jitsu competitor and representative of the Gracie Barra – Belo Horizonte academy, as well as a black belt under Marcelo Azevedo. Pena is widely regarded as one of the top jiu jitsu competitors of his generation, a status cemented through his many wins in events such as the ADCC, Copa Pódio’s HW GP, Brazilian Nationals (Brasileiro) and Abu Dhabi Pro championship. This is a great opportunity to learn with one of the best in the sport! Not to be missed!