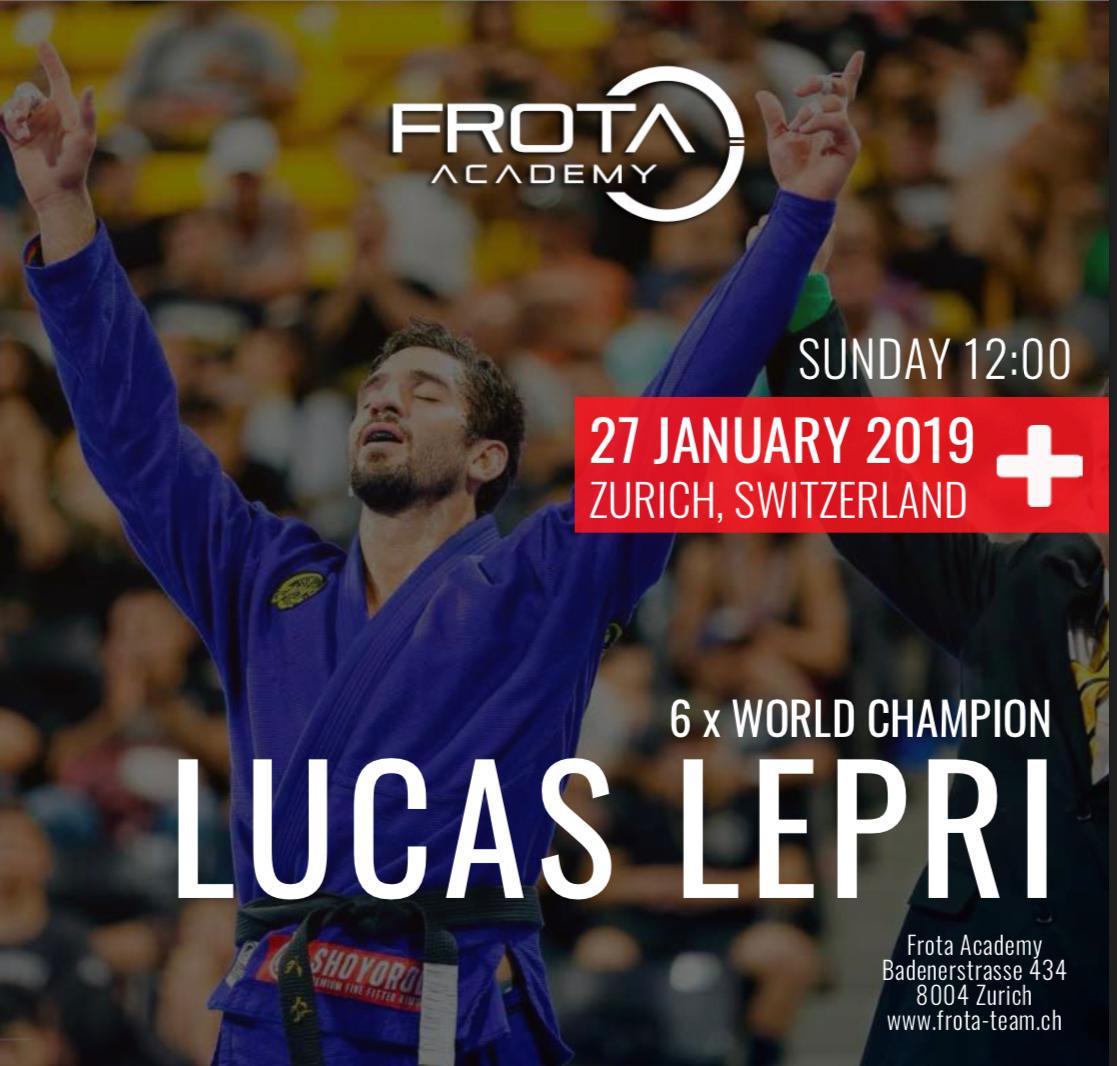 Lucas Lepri, 8-times black belt World Champion who has won every major jiu jitsu tournament in the world, will be giving a Gi BJJ Camp in Frota Academy on

Whatever your level of jiu-jitsu, you will benefit from up-close and personal attention.

The Camp is only for the Frota Academy members.

* If you are not a gym member and you wish to participate in this event please email us to info@frota-team.ch

Lucas Lepri is one of the most accomplished and decorated jiu jitsu athletes in the world. He is a 9-time black belt World Champion and has won every major jiu jitsu tournament in the world, a feat accomplished by only a handful of athletes in history. His black belt competition record began in 2007 with him winning the World Championships. In 2014, he won every major tournament he entered, including winning the World title again in what many call the most dominant performance of the 2014 World Championship tournament. Lucas followed up his previous successes with a gold medal winning performance at the 2016 World Championships described by Flograppling as “flawless” as he submitted his way to yet another gold medal. Long known as one of the most prolific grapplers on the planet, Lucas has now focused some of his championship level abilities to the coaching realm-leading his school to the 2016 Charlotte Open Championship in only its second year of existence.